Home » Uncategorized » Around the world with LinkedIn in 2019
Follow Us:

Around the world with LinkedIn in 2019

It’s been over a year since we last published a map showing LinkedIn members around the world, so we thought it was time to give you an updated insight.

This was bought into stark contrast when we did two presentations in central London just a handful of hours apart and yet every hour 100+ users signed up for a new LinkedIn account within 10 miles of where we were giving a keynote! 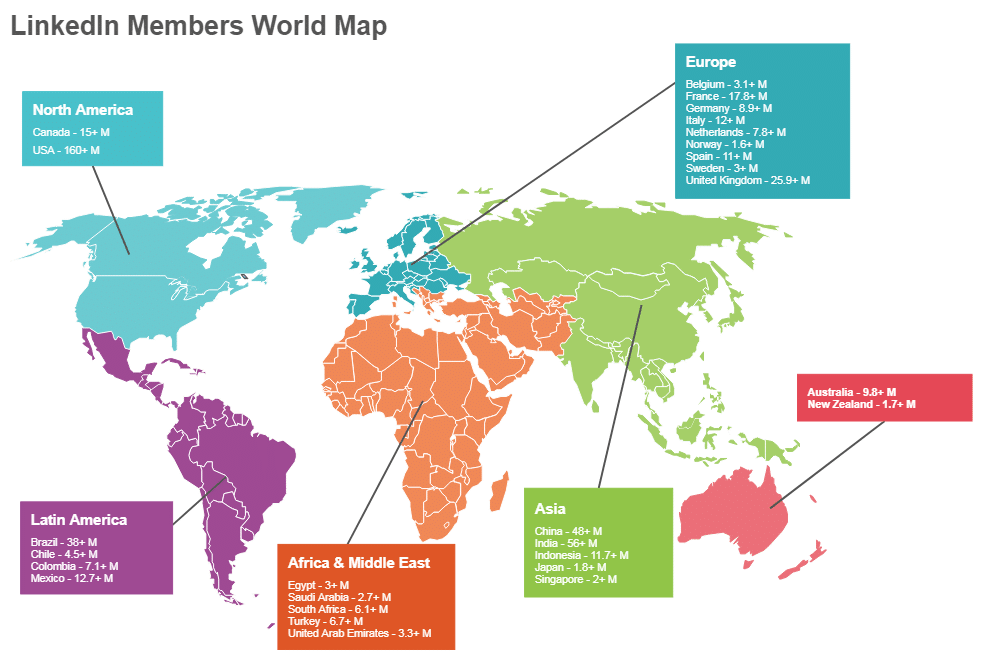 Changes since we last looked include:

The world is small, it might have approximately 210 countries, but LinkedIn has a global presence and your network can open doors to opportunities to grow yourself, your business and to find the good people you need anywhere in the world.

As a free toolset it is great at delivering you easy to access referrals each week, raising your profile across the world and gaining influence in far flung lands. It even let us use the advanced people search in LinkedIn to pull this together two weeks ago!