Home » LinkedIn News » Around the world again with LinkedIn
Follow Us:

Around the world again with LinkedIn

Last July we had a look at “How to get around the world with LinkedIn” and at that time there were over 500 millions users on LinkedIn globally.

Looking at the figures today the overall number of users on LinkedIn has increased to over 546 million globally, so it’s good to see that LinkedIn continues to grow at a steady rate, indicating that it is still the go to professional networking platform. 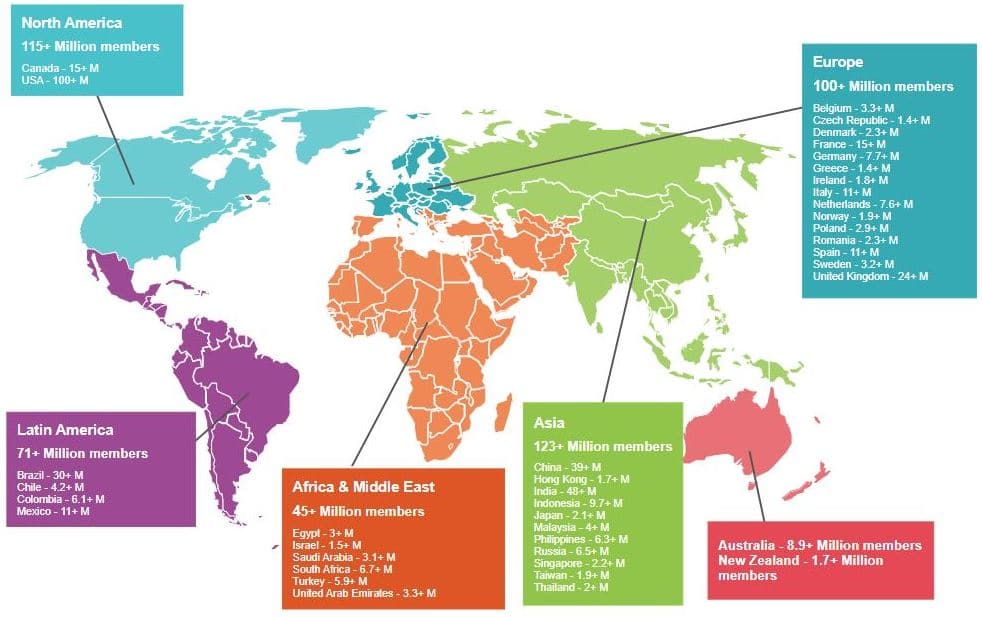 Some of the interesting changes we noted when looking at the location of users was that in the last 6 months:

We expect to continue to see the number of users on LinkedIn increase in 2018 as more and more people understand the value they can get out of using LinkedIn, but more interestingly, the increase in people using it properly to increase their real network and hence the tangible sales and turnover available to all within LinkedIn.